Designed to act as a moving platform for the main robot, Trooper Bot serves to lay bridges and navigate through the first half of the competition surface.

To overcome two 6 inch gaps on the competition surface, Trooper Bot’s mechanical design was aimed to be as simple as possible, yet having achieved the complexity required to overcome the obstacles. 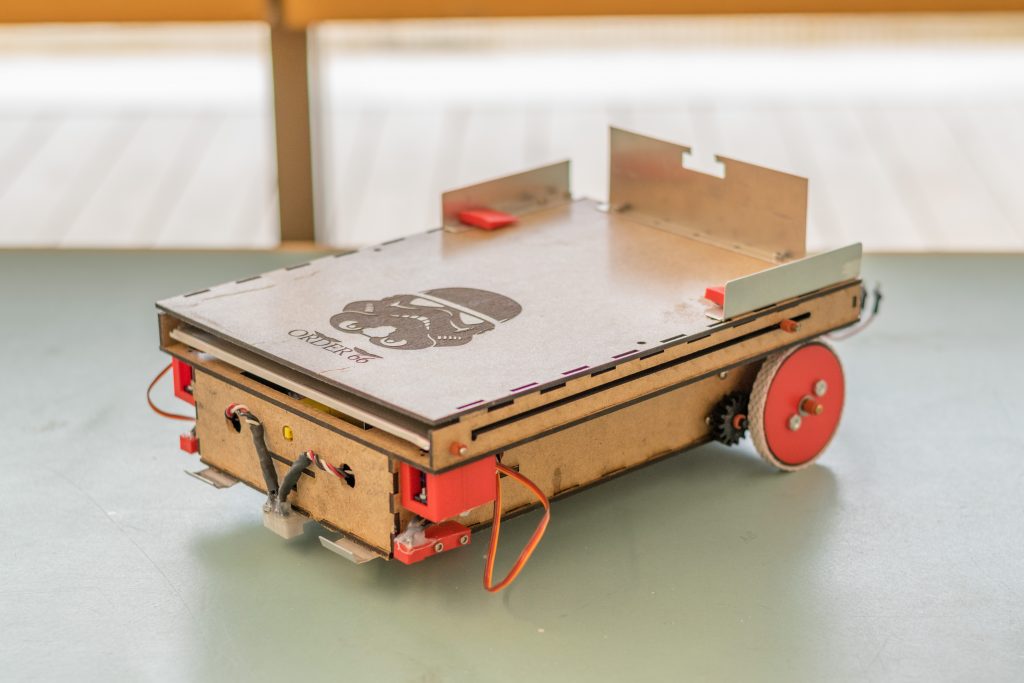 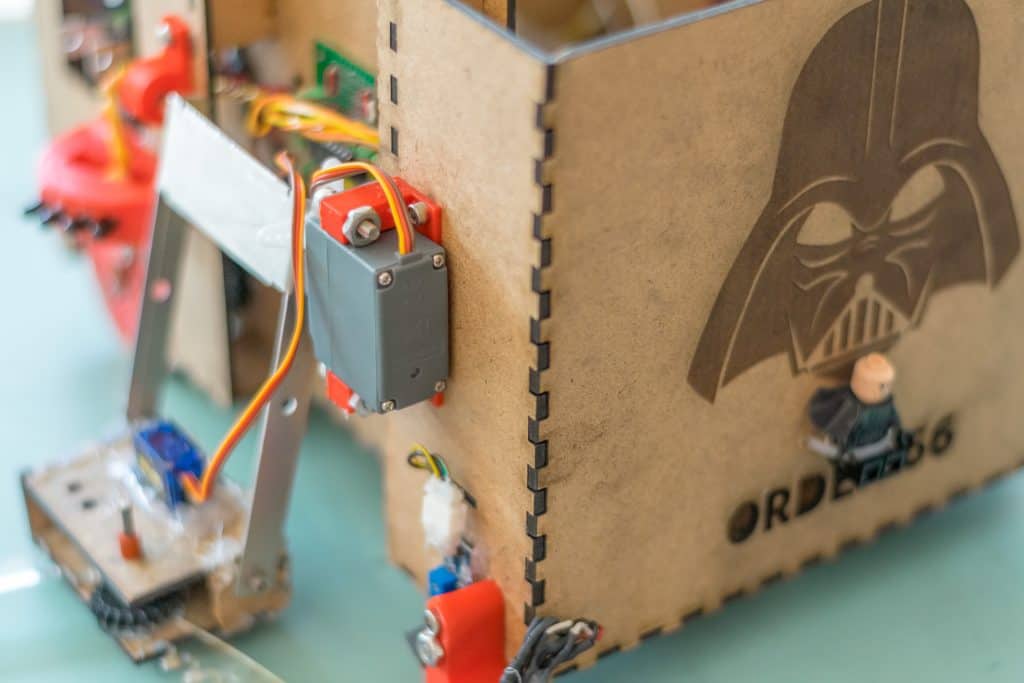 As the robot which will continue onwards to finish the competition course, Vader Bot is the other half our two-robot system design. Acting as both the container and retriever for all the Ewoks in the competition, Vader Bot was designed with verticality as a heavy consideration.

With this in mind, we decided to use two side-mounted claws that would drop the Ewoks into the centrally mounted basket placed atop a scissor lift. As this limited our horizontal space considerably, the circuits to control this motion were mounted vertically on inner walls within the robot.

Perhaps the cornerstone of our entire design, the detachment sequence involves Vader Bot powering its drivetrain to move off of the Trooper Bot platform. At this same time, the power cables connected to Trooper Bot will disconnect, resulting in Trooper Bot becoming unpowered.

To account for any backwards motion resulting from the Vader Bot rolling off, stoppers with high friction were placed on Trooper Bot, only to set in place when the Trooper Bot rolls off the edge near the location of detachment. 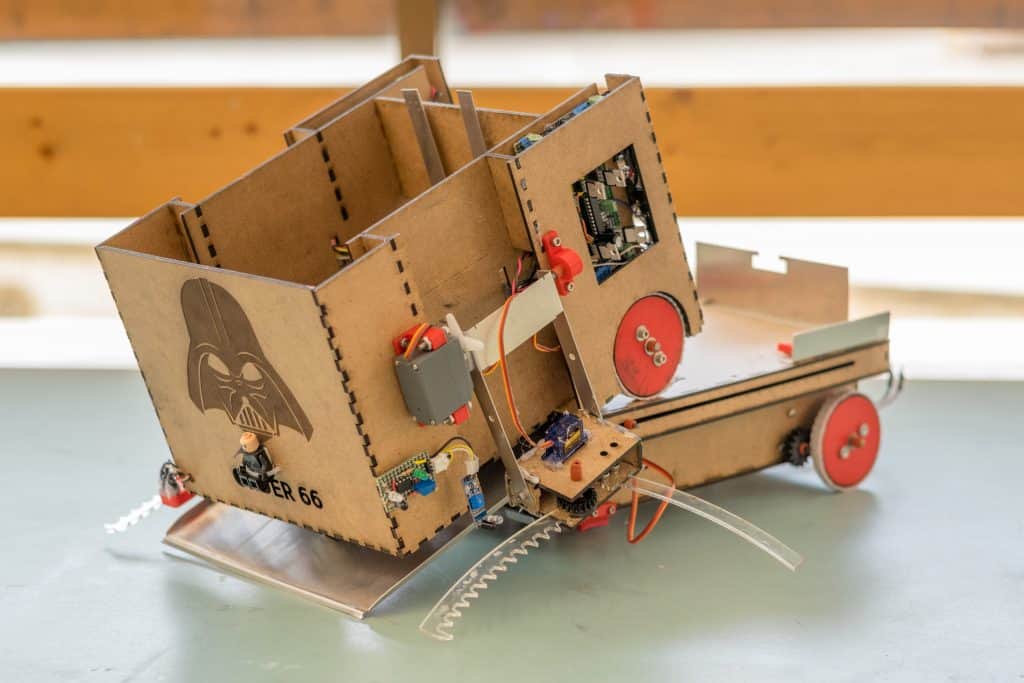 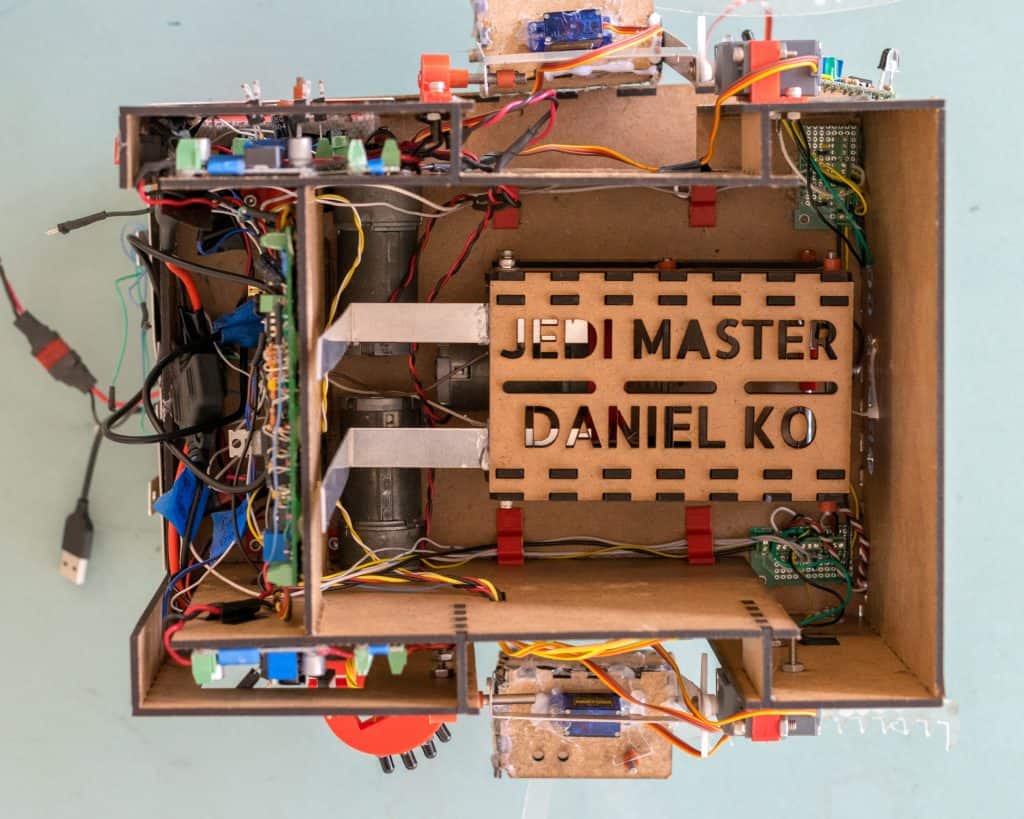 Since our two-robot design is quite complex in nature, it would be quite hard to explain how each screw and nut comes into play.

Still, we’d love to share different parts of the robot that helped make the entire system functional and able to rescue the Ewoks. Please click the link below for more of our mechanical design process and systems.